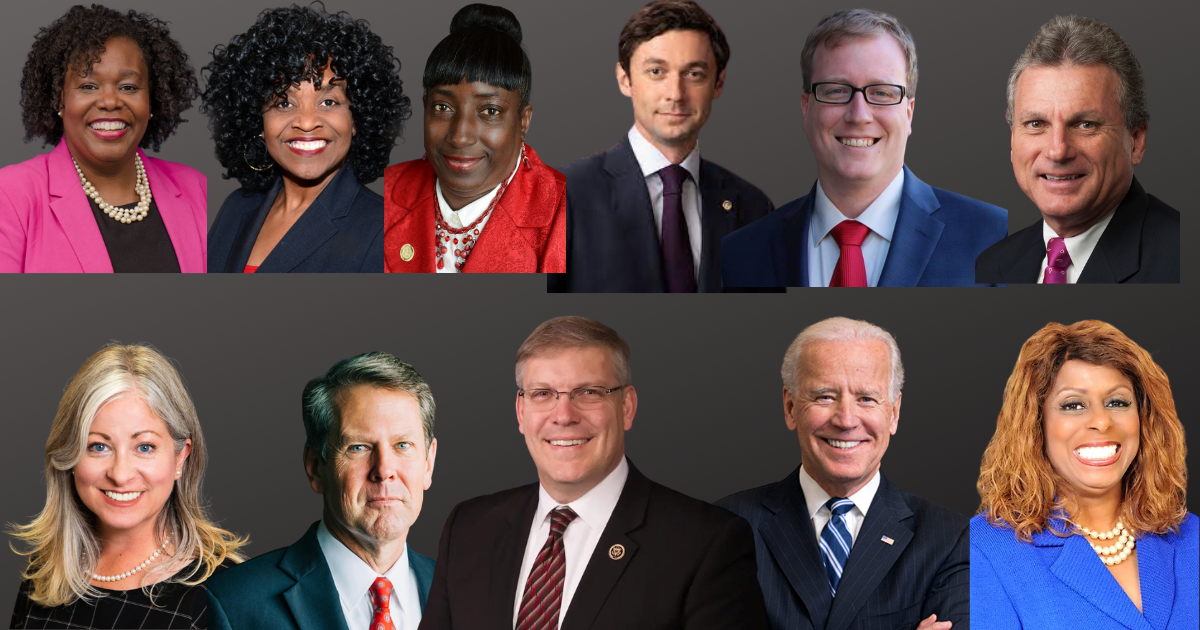 Georgia Attorney General Chris Carr said Friday that the state will challenge the injunction against implementation of the state’s fetal heartbeat legislation.

President Joe Biden called the decision a “tragic error” and a decision from an “extremist,” conservative-controlled Supreme Court.

“It’s a sad day for the country in my view, but it doesn’t mean the fight’s over…My administration will also protect a woman’s access to medications that are approved by the Food and Drug Administration, the FDA. Like contraception which is essential for preventative health care [and] mifepristone, which the FDA approved 20 years ago to safely end early pregnancies and is commonly used to treat miscarriages.”

“Some states are saying that they’ll try to ban or severely restrict access to these medications. But extremist governors and state legislatures are looking to block the mail or search a person’s medicine cabinet or control a woman’s actions by tracking data on her apps she uses,” said Biden. “[They] are wrong and extreme and out-of-touch of the majority of Americans.”

“With its decision in Dobbs, the Court has stripped American women of autonomy over their most personal health care decisions.

“The Court has given license to prosecute and imprison women for making the intensely personal decision to end a pregnancy — even when their health is at risk, even in the first hours or weeks after conception, and even when pregnancy results from rape — and to prosecute doctors and nurses whose private relationships with their patients have been protected by Roe v. Wade for half a century.

“Under Georgia’s HB481, the Court’s decision means Georgia women and medical providers could face prosecution for ending a pregnancy as early as six weeks after conception – before many women even know they are pregnant. This decision also creates risk of investigation and prosecution for women who miscarry and will force some women seeking access to abortion toward unsafe, unqualified alternatives that put their lives at risk.

“The Court’s reasoning imperils other longstanding precedents upon which Americans rely for privacy, civil rights, and civil liberties — including precedents that establish rights to contraception and to interracial and same-sex marriage.

“Here is the inescapable fact: the Justices’ determination to demolish these long-established protections means our only defenses are at the ballot box, in our state legislatures, and in the Congress — where I will continue to fight for the principles of Roe v. Wade and the privacy of women’s health care.”

“Our prayers were answered on Friday when the United States Supreme Court finally affirmed the right to life in its ruling…Millions of children have been silent victims of the decades-long siege on their right to life. The heartbeats heard in ultrasound appointments have now been heard by the Justice of the Supreme Court and we can finally have a nation that honors the humanity of unborn children.”

“Today, every woman in America has been made less free. Today, extremists on the Supreme Court have stripped away a woman’s right to make choices about her own reproductive health care. Today, our nation’s highest court has rolled back the clock and stripped women of their liberty.

“Today, SCOTUS overturned a half century of precedent, and Dobbs will now join Plessy as one of the most regressive decisions in our nation’s history.

“I share the pain so many are feeling in America today. The freedom and autonomy that has been ripped from women today is sacred—far too personal for our government to dictate. I know the agony that women face when making difficult decisions about their reproductive health. I have faced the pain of labor without hope for a living child. And I mourn the loss that will result from this decision—restricting access to abortion care will endanger the lives of women, disproportionately Black women, in a nation with already alarmingly high rates of maternal mortality.

“For all those who share my grief today, know this: you are strong and powerful beyond measure. Your worth is more than your ability to procreate. We will continue the fight to again reclaim our rights to bodily autonomy. We must take up this movement until America is again a nation of choice—a nation where every woman has that freedom to choose.”

“This puts the power and decision making on this issue back with the states and the people, as it should be.”

“Today, the U.S. Supreme Court’s historic decision returns authority to each state through the people and their elected representatives to determine how the issue of abortion will be handled.

“With the passage of House Bill 481, the ‘Heartbeat Bill,’ in 2019, the personhood of the unborn has been recognized, and I hope this bill can be enacted soon after the Supreme Court’s decision. Under HB 481, these babies would be protected from abortion once a heartbeat has been detected, and they may even be claimed as a dependent for state income tax purposes.

“Additionally, I am confident that Georgia is ready to support a culture of life. During this past session, we passed a bill to allow maternity supportive homes to support expectant mothers in need. Furthermore, for years, the dozens of pregnancy resource centers in our state have been providing free ultrasounds, support and aid for thousands of women.

“I am thrilled with this Supreme Court decision and look forward to the human rights of the unborn being recognized and protected. Many lives will be saved in Georgia thanks to today’s decision.”

“My heart is broken for the women in Georgia and across the U.S. Regardless of who you are, where you live, what your income or status is, you should have the right to an abortion. To the women of Georgia, it is our time to come together and fight for our rights.”

“Today, a major statement was made about a woman’s right to choose and about a woman’s right to bodily autonomy. The anti-abortion majority of the Supreme Court’s ruling has turned the page of reproductive rights and has put women’s health in jeopardy, especially those who will still decide to end their pregnancy. As we are witnessing the dismantling of voting rights, basic human rights and, today, reproductive rights, I am concerned about what’s next.”

“This is a sad day in America. The Supreme Court’s radical reasoning has made women’s bodies the property of the states. Whether you agree with abortion or not, this ruling has opened Pandora’s Box. We will not go backward and jeopardize the health of women. Remember, you cannot take the devil to court when Satan is the judge.”

“Today, the U.S. Supreme Court overturned Roe v. Wade, which will legally eliminate a woman’s right to choose in many states. This is just the beginning of women’s rights being eliminated. Elections have consequences, and while it is women today, the rights of other groups will also be eliminated. Let’s not just be mad, but let’s take real action and participate in our nation’s democratic process.”