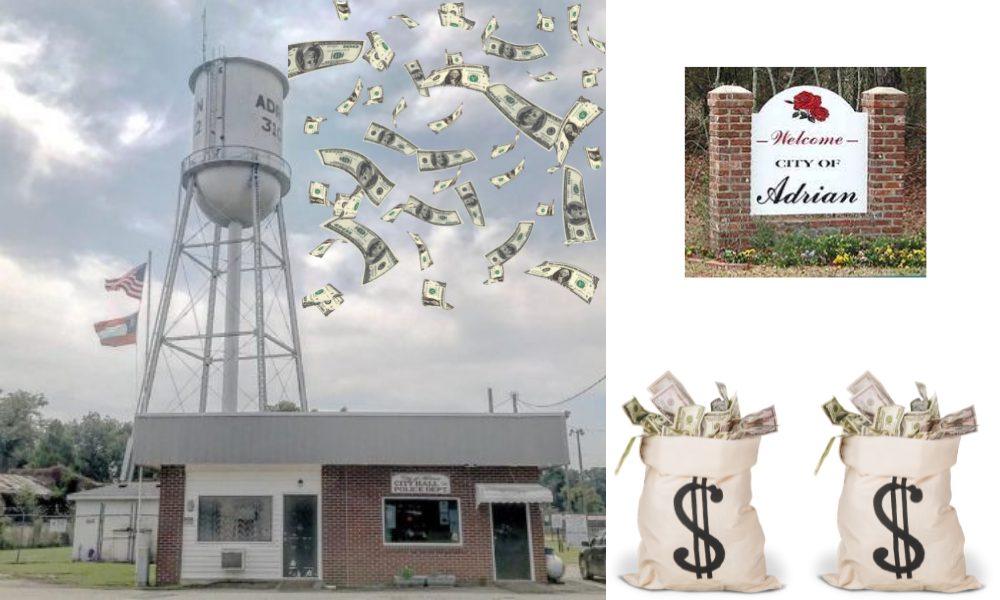 The town mayor and the city’s police chief topped the list in amounts for the 2021 payout of Christmas bonuses in Adrian, records show.

The small town of Adrian in southeast Georgia is home to approximately 650 people in a 1.421 square mile radius. The city is split between Johnson and Emanuel counties and is divided by Highway 15 and Highway 80. More importantly, the City of Adrian has a small budget: a little less than $542,000 for 2021.

Nearly $4,000.00 was paid out to employees and elected officials in the City of Adrian as part of a Christmas Bonus plan recently approved by city council. The records provided to The Georgia Virtue showed a range of bonuses ranging from $100 to $800 depending on employee type.

According to the city, bonuses were paid as follows:

The City Clerk stated that the list may not be comprehensive due to ‘a change of staff.’

The City of Adrian also initially refused to supply the records in response to an email request for the documents and attempted to require that the request include official ‘open records request’ language as outlined in state law before fulfilling the request. Such specificities are not required by OCGA 50-18-70 In fact, while it is not recommended due to a lacking paper trail, records requests do not need to be titled as such and can be made orally in person or by telephone.

Adrian’s payouts to police department personnel show an improvement from 2020 bonuses, which the city provided to law enforcement from the court account – or rather, that they were paid from citations. The bonuses followed commentary from city officials and the police chief about how to increase the revenues collected by the city police department to the tune of five times what it initially budgeted for 2021. The Georgia Virtue covered that story in detail in October 2021.

Nevertheless, the practice of awarding cash bonuses to any individual in a municipality is less than common. Even more rare is the awarding of such bonuses to elected officials who work as public servants. It is traditionally frowned upon for elected officials to award themselves a pay increase, a bonus, or additional benefits, which is why state law prohibits such acts unless they do not take effect until the next ‘term’ of council or mayor following an election cycle.

In the City of Atlanta, disgraced former Mayor Kasim Reed drew the ire of auditors and ethics watchdogs when a similar practice was instituted in 2017. An independent report found that distribution of funds as bonuses violates the Gratuities Clause in the Georgia Constitution. Paragraph VI explicitly prohibits “extra compensation to any public officer, agent, or contractor…” and nearly every publication on the internet suggests that bonuses for public officers should not be awarded. The Georgia Supreme Court extended the Gratuities Clause to cities and counties decades ago and the Georgia Attorney General has echoed the position for years, time and time erring on the side of the state constitution.

“As a result, cities have the power and authority to set salaries and pay public employees for work performed in the service of the City,” auditors said of the report on the City of Atlanta. “However, cities may not give money away or expend money in ways that do not further a public service or provide a substantial benefit to the City.”

“Christmas Bonuses for 2021’ on the top of a city document is not found in the city code section or the state constitution.