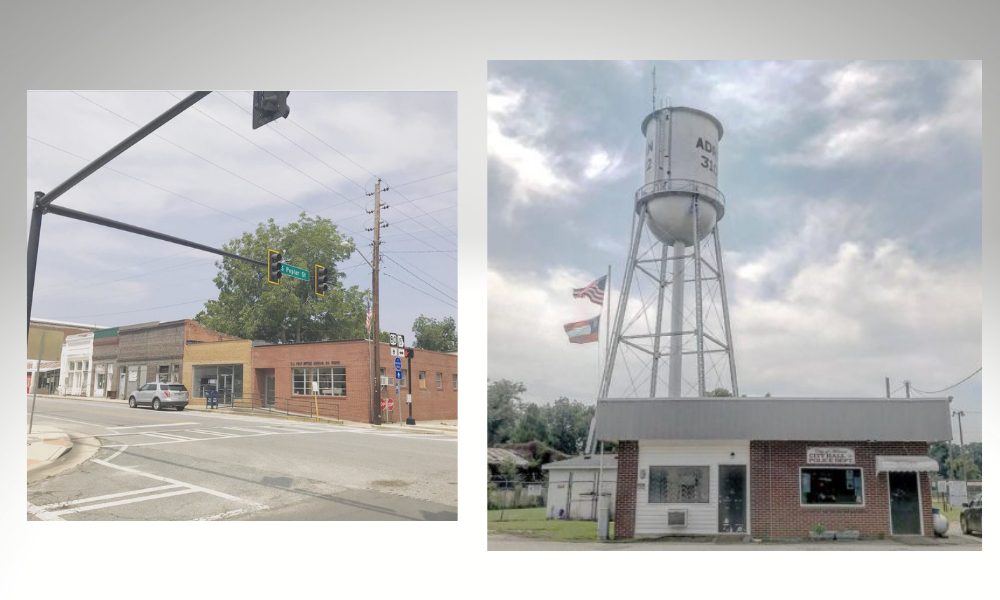 City of Adrian bank statements show a handful of bonuses paid to employees of the police department from the city’s court account, prompting questions as to whether or not PD employees were rewarded for issuing citations.

The small town of Adrian in southeast Georgia is home to approximately 650 people in a 1.421 square mile radius. The city is split between Johnson and Emanuel counties and is divided by Highway 15 and Highway 80.

Adrian Police Chief Kyle Strickland took the helm of the part-time Adrian Police Department in February 2020. Since doing so, he has increased the citation collections substantially with plans to increase the department’s expenditures and revenues by even more over the next few years.

Operations Budget for City of Adrian

Strickland has not been shy about his desire to make Adrian a 24-hour police department, a move that seemingly has the support of the current mayor and council. The push continues despite the chief’s reports in an open meeting in early 2021 that Adrian is “statistically…the safest legally incorporated city in the United States of America,” because in a 10-week period, there had been “no reported burglaries, thefts, child molestations, DUI, speeding, distracted driving crashes, child abductions, and rapes.”

The plans executed over the last year, however, suggest that the city’s low crime rate is at risk without several hundred thousand dollars in funds. Those plans, however, have included promises to increase fine revenue and seek alternative sources for funding while being accompanied by bonuses paid from the city’s court fund bank account.

In the January 2021 council meeting, Strickland sought council approval of a three-year contract to place a stationary tag reader and camera at the town’s red light in a partnership with the company Omni Q. The council unanimously approved the contract which dictates that the city receives 80% of the fines collected while the company receives 20%.

In a later edition of The Crossroads Chronicle in January 2021 reporting on the council meeting, Strickland said 99% of the tickets issued are for people from outside of Adrian. “We’re getting there, we’re building,” he said. “Already this month. we’re at $3,800.” That was on January 20.

A few months later, during a council meeting in June 2021, Strickland told council that he expects the red light cameras to generate $300,000 annually for the town and he will also seek to increase revenues from citations from $19,737 to roughly $80,0000 annually. “We’re going to have to spend that money,” he told council.

It was later reported that the first year under Strickland brought the city just shy of the citation revenues from 2018 and 2019 combined – a total of $47,775. The amount had been collected by the end of the first six months in 2021.

The city police department has been quick to spend the newfound funds.

As reported in a March 10, 2021 article in The Crossroads Chronicle, a local newspaper in Emanuel County, Strickland told council in an open meeting that the police department collected $19,152 in the first 10 weeks of 2021, nearly exceeding the entire calendar year’s budget for citation revenues. Strickland touted that it directed $13,000 of that money to the city’s general fund. “[T]he police department is paying for itself and is not relying on taxpayers’ contributions at this point,” Strickland said.

In a June 2021 council meeting, Strickland touted the purchase of multiple guns, tasers, and other equipment. More revenue, he said during the meeting, would allow the city to buy more equipment without touching taxpayer dollars.

The Municipal Court Fund for any given city is supposed to be managed by the municipal court clerk and the municipal court judge, according to the Georgia Municipal Association (GMA). The account is where all traffic and citation fines are deposited. The account is traditionally used to pay for court operations such as compensation for the presiding judicial officer, a court reporter, any software necessary for court operations, and other similar expenses.

At the end of 2020, however, the city paid the chief and two officers from the city’s court fund with checks signed by the Clerk and the Mayor. The chief was paid almost three times the bonus of the officers.

Law Versus Practices in City of Adrian

In the previously mentioned March 2021 article from The Crossroads Chronicle, Strickland stated that ‘no taxpayer dollars have gone toward developing the truck into a police vehicle,’ referencing a new patrol truck, and that ‘the vehicle and its equipment were purchased through court fees such as citations and fines.’

Under Georgia law, all municipal funding is considered funds of the taxpayers as it stems from and belongs to the taxpayers.

Strickland was also reported telling council members that the new patrol truck did not have to be outfitted like a police car because Georgia law only requires such striping of law enforcement vehicles if they are used for ‘speed enforcement.’ O.C.G.A. 40-1-7 allows for the use of unmarked vehicles for law enforcement, but stipulates that issuing citations or conducting traffic stops as an unmarked vehicle cannot be the sole, full-time use of the vehicle. It is not uncommon for a fully uniformed officer to be utilizing an unmarked vehicle while working a gang unit, a crime suppression unit or some other form of investigations, but it would be highly unusual for that to be in the case in a small department like Adrian, with fewer than five officers – two of whom are part-time officers.

Additionally, official council meeting minutes from December 2020 show that Strickland requested the truck for the new officer and to offset the current traffic vehicles with substantial wear and tear. In a June 2021 meeting, Strickland said the police department was ‘aggressively enforcing’ traffic laws.