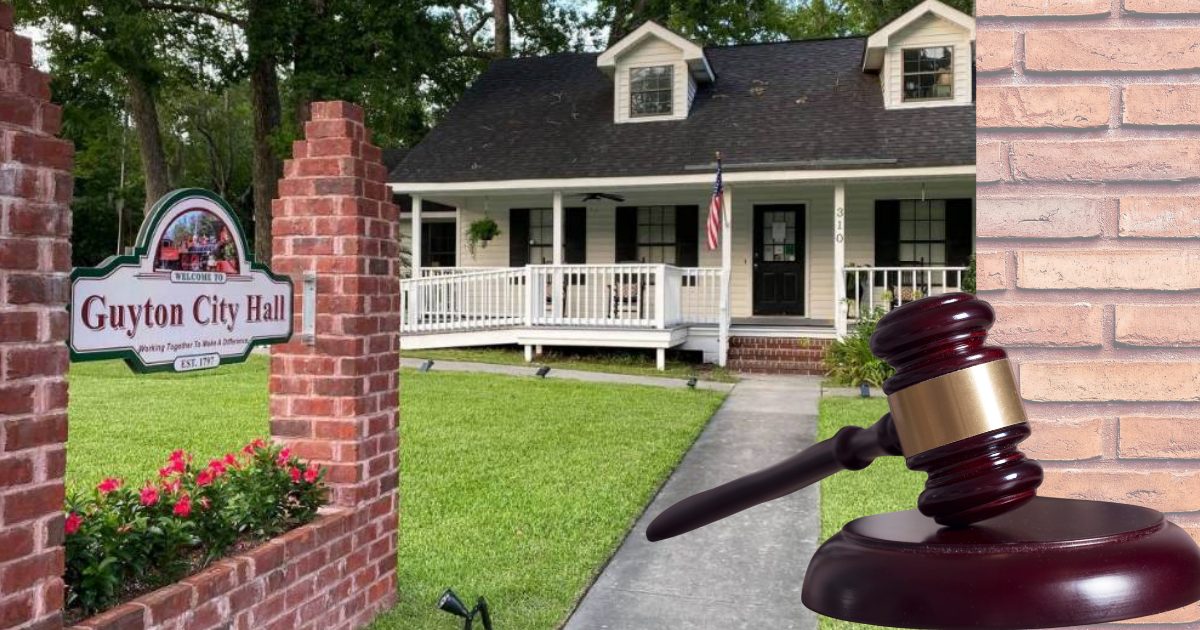 A proposed Consent Order for city officials includes a cease & desist order, a public reprimand, and the imposition of a civil fine for improper conduct during a municipal election.

Among the agenda items for Tuesday’s meeting is “(h) – Consideration to authorize the Mayor to execute consent order with the State Election Board regarding SEB Case file 2019-045.”

The State Election Board currently has five members, one of whom is Secretary of State Brad Raffensperger. The panel is charged with investigation alleged violations and irregularities in the law.

The council packet posted to the city Facebook page includes the text of the Consent Order, which the state provided to the city ‘in lieu of an evidentiary hearing.’

The complaint against the City of Guyton stems from actions during the 2019 municipal election. Specifically, the state elections board listed “the positioning of the voting booths in the conference room which were visible in the field of view of a City Hall security camera.” The board said that evidence that the camera was used for nefarious purposes “was not provided,” but the act still constituted a violation of OCGA § 21-2-267(a).

That code section addresses polling locations and the specific screening of voting areas from others.

According to the draft Consent Order, the City of Guyton acknowledges the assertions made by the state about the violation of law.

Up for consideration at Tuesday’s meeting, however, is whether or not the Consent Order should be executed with the state board. As noted in the draft order, the hope is to avoid additional litigation, which would be costly to taxpayers.

As a remedy the City of Guyton would agree to a) pay a civil penalty of $150.00; b) avoid additional violations of state law, and c) accept the public reprimand. Doing so would not be an ‘admission of guilt’ or acceptance of criminal liability, and the civil penalty would come from the taxpayer coffers.

Worth noting, the State Election Board meeting summary minutes from August 18, 2021 show additional details. After reviewing the information from the complaint, the Board voted to bind the case over the Georgia Attorney General’s Office for additional action.

Guyton officials meet at the City Gym at 7:00 p.m. The meeting is open to the public, however, Mayor Russ Deen has stated that public ‘input is not necessary.’