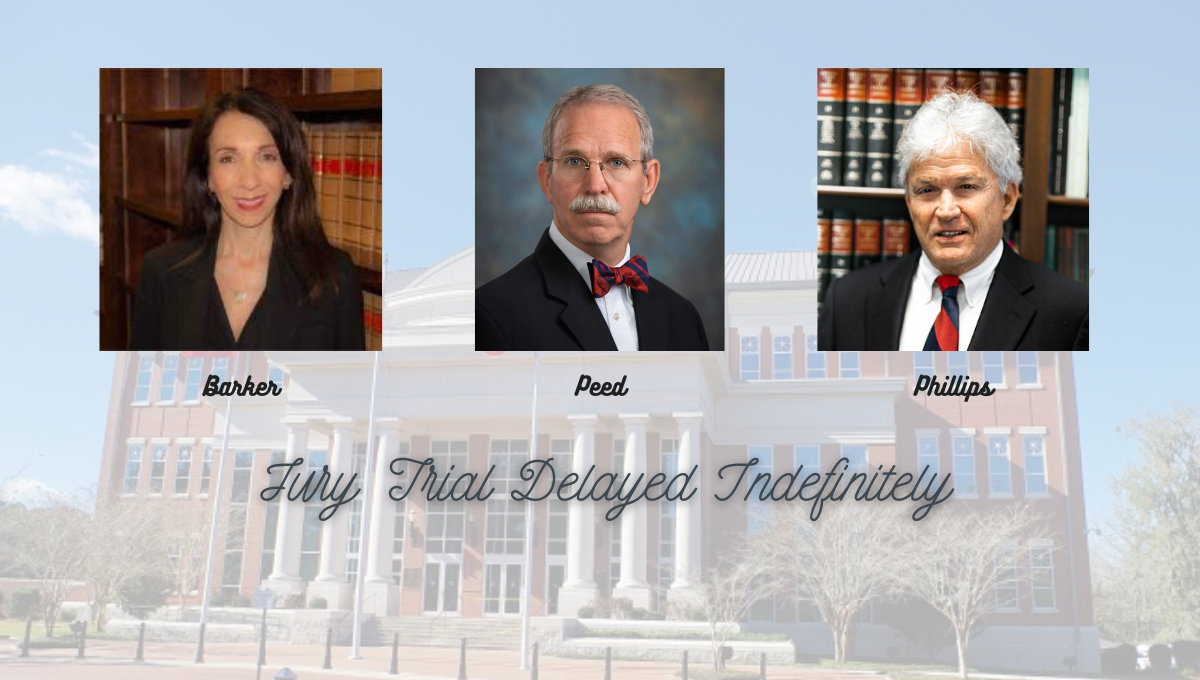 The full name of the defendant is displayed as initials in an effort to protect the identity of the accuser, who is a minor, as well as the accused, who has yet to face a jury of his peers.

The 2020 case against JJS was slated to unfold in court this week before a jury and Judge Gates Peed in Effingham County, but it all came to a screeching halt after Peed ruled in the favor of the defense on a series of pretrial motions.

According to court documents, Effingham County resident JJS found himself in the cross hairs of an investigation during a separation with his wife at the time. He had his then-wife of six years served with divorce papers in January 2020. Three days later, JJS’s stepdaughter disclosed to a school counselor that she had been sexually assaulted by her stepfather five years prior.

At the end of February, the Springfield Police Department sought warrants for JJS for acts that allegedly occurred sometime between 2015 and 2019. He was arrested shortly thereafter and remanded to the Effingham County Jail.

A grand jury indicted JJS in December 2020 on seven counts, including:

JJS has been in custody for 30 months awaiting the adjudication of his case. He is represented by Savannah defense attorney Bobby Phillips.

The 2020 case, initially handled by Brian Deal, once the Chief ADA for the Effingham office of the District Attorney’s Office, was recently passed off to the eldest ADA, Christy Barker. Barker spent decades in Chatham County and only recently moved to the Ogeechee Judicial Circuit.

The district attorney’s office announced its intention to introduce prior acts and to seek recidivist punishment in the sentencing phase, which means that in the event of guilty convictions on some or all of the charges, JJS’s prior acts would be introduced to ensure the maximum sentencing without the possibility of parole. In 1994, JJS entered a guilty plea for Statutory Rape. At the time of the plea, JJS was 19 and the female victim in the case was 14. Court records indicate there was an ongoing relationship between the parties. JJS was sentenced to a probation-only sentence with 90-120 days in a boot camp.

JJS has also had a handful of other charges over the years, most of which were dismissed or conditionally discharged after completion of pre-trial diversion programs. None have included any offense that is sexual in nature, however. Even still, the State announced over a year ago that it intended to suggest the 1994 case and the 2020 case were similar.

Judge Peed did not buy into the State’s argument and subsequently issued an Order denying any mention by the State of the Statutory Rape plea from  27 years ago.

“Based on the nature of the plea, it appears that this sexual contact between the Defendant and the victim did not involve force*. The Court further notes that this conviction is from 27 years ago and 21 years before the earliest crime alleged in the indictment. As such, the Court finds that the 1994 conviction is dissimilar to the allegations in the current case.”
*Author’s note [to the extent that it is comparable to what is alleged in the current indictment. No one under he age of 16 can consent under Georgia law]

Peed also wrote that the State’s need for the evidence at trial was low since the accuser from the 2020 case is expected to testify at trial. He said the standard of probative value substantially outweighing the danger of unfair prejudice had not been met.

In June 2022, Barker filed a motion to exclude nineteen of the defense team’s twenty-five possible witnesses on the basis of her preliminary interviews with each of them. In her motion, Barker noted that she contacted eighteen of them to ask them what they intended to testify. She subsequently filed the motion on the grounds that their supposed testimony would be irrelevant.

Defense attorney Bobby Phillips filed a Brief in Response, in which he lambasted the state’s attempt to preemptively exclude witnesses. He said the list was ‘prospective’ and, in some instances, for rebuttal purposes, particularly in response to evidence introduced by the state.

“Defense counsel has been admitted to the State Bar of Georgia since 1971, and has tried hundreds of jury trials in the intervening years. He has never personally seen a case in which the Trial Court has excluded (16) witnesses five weeks before a trial date; nor has he even heard of such proceedings in any Court…Since defense counsel has not divulged the exact nature of his defense, there is no way the prosecutor could know the reason any witness might be called on Defendant’s behalf. Her recitations are based primarily on speculation.”

Peed again agreed with the defense.

In his Order, Peed was direct in rejecting the State’s argument, writing, “The Court notes that criminal trials can often be unpredictable, and that the relevance and admissibility of particular evidence often changes over the course of the trial and testimony opens and closes various doors. The Court believes it would be improper to limit the Defendant’s ability to attack the State’s presentation at this juncture.” He then noted that the State is free to object during the trial on a witness by witness basis, should the issue arise.