Defense Attorneys: Case Law Cited by Prosecutors in Self Defense/Murder Case Has Been Overruled 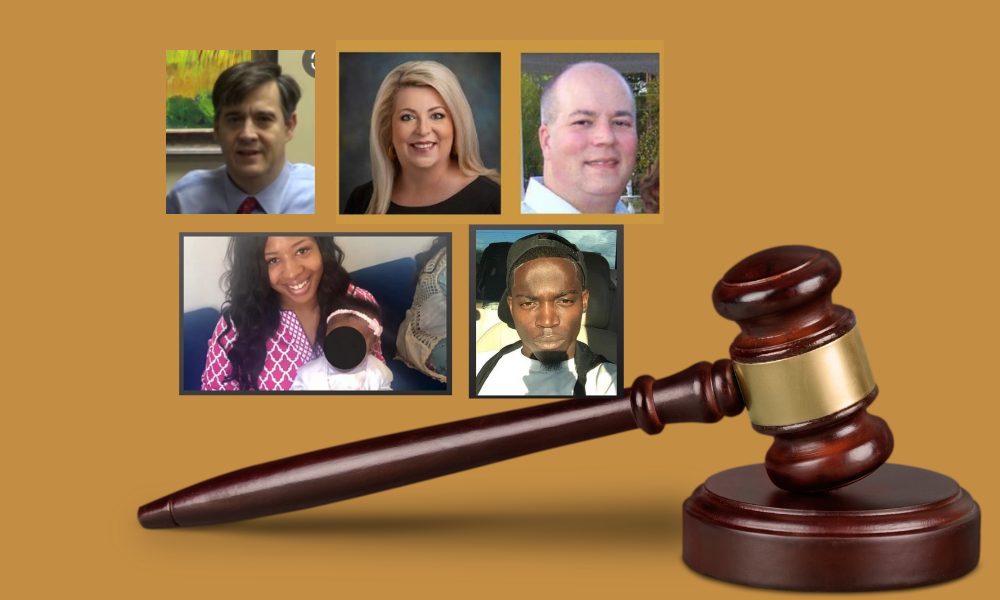 Defense attorneys in a felony murder case in Bulloch County say the case law prosecutors cited to have an immunity hearing cease is outdated and has been overruled. Now, they’re asking a judge to reconsider.

Ashlyn Griffin shot and killed Brandon McCray on June 5, 2020 in their shared residence on Bea Dot Way in Statesboro. She voluntarily gave statements to law enforcement after the shooting, videoed a re-enactment at the scene with detectives, and provided a written statement of her account. She was arrested and charged with Murder, Aggravated Assault, and Possession of a Firearm during the Commission of a Felony in the days that followed and a grand jury returned a true bill of indictment in November 2020 with the same charges but Felony Murder instead of Murder.

Earlier this week, her attorneys argued she should be immune from prosecution because she acted in self-defense and had no other choice on the day of the shooting, as McCray was once again physically abusing her. The court heard testimony from neighbors, friends, and Griffin herself on a number of violent incidents that occurred over the course of Griffin and McCray’s relationship. McCray pleaded guilty to Aggravated Assault after an assault where he choked, kicked, and threatened to kill Griffin while she was pregnant. The court also heard from a GBI medical examiner and a Geometry teacher and watcher body camera footage of the responding officers after hearing a hysterical 911 call.

Throughout the hearing, prosecutors contended that Griffin was not acting in self-defense and that her accounts of the events do not match the evidence. Specifically, the two shots, which were fired within three to four seconds of one another, have varying levels of justification according to the state, with the first being justified and the second not. The state simultaneously contended that the second shot struck McCray while the defense argued it was the first.

But a judge never decided whether or not Griffin should be immune from prosecution because the state asked Superior Court Judge Gates Peed to dismiss the request for consideration at the end of the day Monday.

Chief Assistant District Attorney Barclay Black argued that Ashlyn Griffin should not be immune from prosecution because her claims of self defense did not reach the threshold of an affirmative defense. He cited a 2009 case which requires an admission of the act. Black said that Ashlyn Griffin had to admit to “the crime” and that she failed to make her defense when she testified that she didn’t mean to kill Brandon McCray.

Judge Peed, relying on the case law cited by the district attorney’s office, granted the motion to dismiss by the state and the hearing adjourned immediately. But now defense attorneys are arguing the state presented stale case law.

Dublin defense attorney Mitchell Warnock said in a Motion for Reconsideration filed in the Bulloch County Clerk’s Office on November 10 that suggesting the 2009 citation of Lightning v. State was ‘misplaced.’ His motion cites a 2019 case from the Georgia Supreme Court – McClure v. State – which reads, in part, “In summary, in order to raise an affirmative defense, a criminal defendant need not “admit” anything, in the sense of acknowledging that any facts alleged in the indictment or accusation are true….Appellate decisions affirming such rulings, where the affirmative defense was supported by at least slight evidence, are hereby overruled to that extent.”

“The fact that Defendant testified she did not intend to fire the first or second shot and that she did not intend to harm the victim has no bearing on Defendant’s entitlement to assert the affirmative defense of justification. Further, her testimony in this respect does not prevent this Court from giving full and due consideration to her affirmative defense in an immunity hearing required by law,” the Motion reads.

The motion requests that Peed vacate the previous order and resume the immunity hearing. No such order had been filed as of 11:00 a.m. on November 12. Courts were closed Thursday in observance of Veterans Day.

The cases which overruled Lightning v. State appeared in the Prosecuting Attorney’s Council newsletter distributed to prosecutors across the state a little more than two years ago. They still appear prominently placed on the PAC website.

You can read the previous coverage on this case here and here. The Motion for Reconsideration filed by Griffin’s defense attorneys is below.