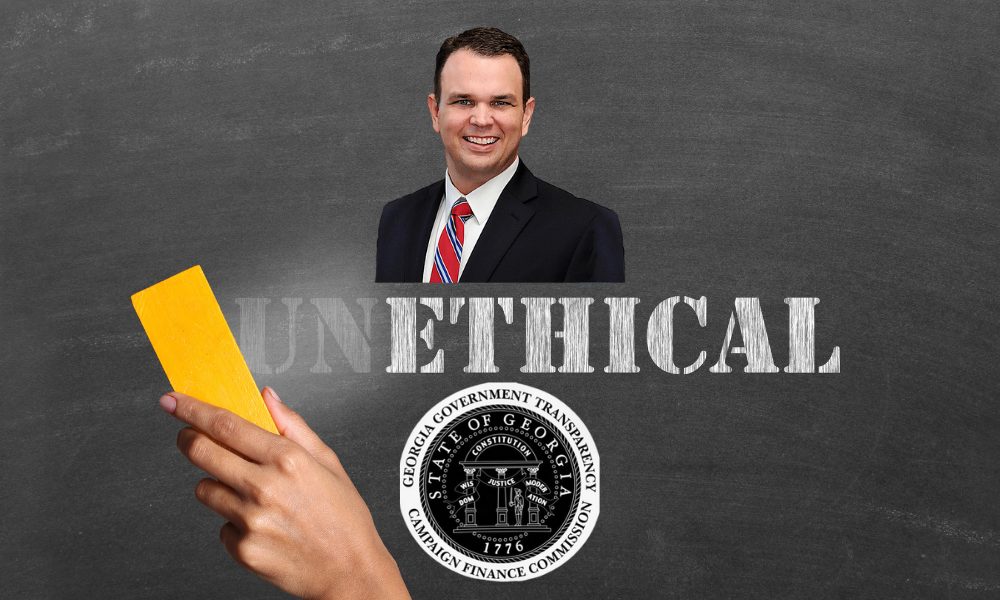 A Georgia Court of Appeals Judge under fire for a handful of ethics violations has been ordered to pay $25,000 to resolve one of those cases.

The Georgia Government Transparency and Campaign Finance Commission ordered Judge Christian Coomer to pay $25,000 to settle an allegation that he used campaign dollars for personal use, to include a trip to Hawaii and another to Israel. A 2020 complaint alleged that the comingling of funds helped Coomer prop up his private law practice from 2015 to 2019.

According to the Associated Press, his attorney Doug Chalmers said Coomer “could have fought the complaint but wanted to “take responsibility” for what happened.

The statement was a twist from a statement made in December 2020, at which time his attorneys said the allegations “misstate the facts and the law.” At the time, they said the transfers were accidental banking errors due to online banking transfers. Moreover, the statement said the Government Transparency and Campaign Finance Commission had not found any campaign finance violations by Coomer. The lawyers chastised the intertwining of allegations across agencies because Coomer was being investigated by both the GBI and the Judicial Qualifications Commission, in addition to the campaign finance investigation, all at once.

Not the Only Investigation Into Coomer

Coomer is currently suspended from his post due to an investigation by the Georgia Judicial Qualifications Commission for alleged misconduct as it pertains to actions taken while still in private practice. Accusations suggest Coomer made himself a beneficiary and his wife the executor of a will for a former client and that he drafted an irrevocable trust for a client so he could transfer funds to himself while the client was still alive. As reported by the American Bar Association:

“A company owned by Coomer is also accused of borrowing $369,000 in a series of three loans from the client, the first of which was paid off on the day that the second loan took effect. Two of the loans listed the client’s own home as security, which Coomer later attributed to a scrivener’s error. The third loan was unsecured. Coomer has since repaid all of the loans.

It is also alleged that Coomer charged $80,000 for the representation but did not provide itemized billing records when Filhart asked for them, the commission alleged.

In May 2020, Coomer told the Atlanta Journal Constitution that he “completely and utterly” denied the allegations of fraud and that he “can’t deny it strongly enough, because it’s absolutely untrue.” He also called the claims by his former client “outrageous.”

The suit itself has been settled but the allegations continue to be investigated by state agencies. The settlement prompted an investigation by the GBI as well. Coomer continues to receive his $196,000 state salary as the investigation continues.

Before being appointed to serve as a Court of Appeals judge by former Governor Nathan Deal, Coomer served in the Georgia House of Representatives representing Bartow and Floyd counties where he was once again the subject of controversy. In a four year period, Coomer was present and on the House floor for more than 100 votes, but chose not to cast a vote – a violation of the House rules. No sanction or punishment was imposed, however, due to his service as the Governor’s Floor Leader and his position as House Majority Caucus Whip.