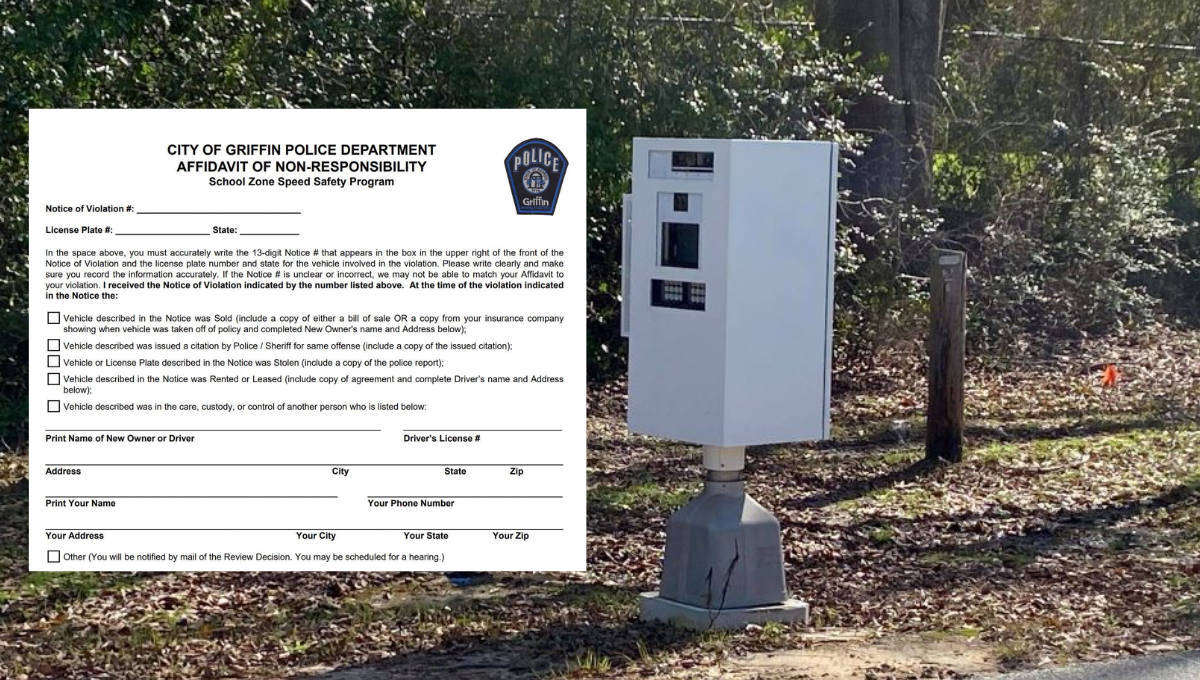 Local governments across Georgia continue to exceed their authority under state law when it comes to the already contentious speed cameras placed in school zones.

As the prevalence of these cameras has grown, however, so has the scrutiny under which they fall. But that scrutiny has not stopped municipalities and county governments from operating outside of what is permissible under Georgia law.

The violation is not a criminal violation but rather a civil matter handled nearly entirely without law enforcement with ultimate repercussions including a vehicle lien by the Georgia Department of Revenue. A certified peace officer must approve the violations within 60 days of the image capture and the signature of that officer, the badge number, and the logo appear on the Notice of Violation sent to the vehicle owner. The individual usually has 35-45 days from the issue date of the violation to pay the fine.

When the fine amount is collected, the split goes between the private company and the local government, which sometimes includes a school system, and the government keeps somewhere between 55% and 75% of the revenue, depending on the contract with the private entity.

Municipalities are bringing in hundreds of thousands of dollars annually in some places and, oftentimes, having a minimal impact on speeders because the speeder does not receive the violation notice until several weeks after the alleged speeding incident occurred.

Where Local Governments Are Getting Out in the Weeds

The extent of the law reads that an affidavit must only be a sworn statement that the individual who was assigned the violation was not actually the person driving the vehicle.

But local governments and these private companies, like Blue Line Solutions and Red Speed LLC, are trying to force people into disclaiming who was driving the vehicle at the time of the violation, obviously in an effort to reassess the violation and collect the revenue. However, Georgia law does not permit them to do so.

Most recently, the City of Griffin’s pre-printed Affidavit of Non-Responsibility made its way around social media.

Georgians, however, are not required to complete a pre-printed affidavit prepared by the local government and owners of vehicles have no duty to provide additional information – or require that information – in exchange for the dismissal of the violation.

Georgia law is clear: testifying under oath in open court OR submitting to the court a sworn notarized statement that he or she was not the operator of the vehicle at the time of the alleged violation is sufficient to rebut the violation.

You can read other TGV News coverage on these cameras here.

Nothing in this article should be construed to be legal advice.

Mattie Lively Administrator Permitted to Retire Prior to Disciplinary Hearing