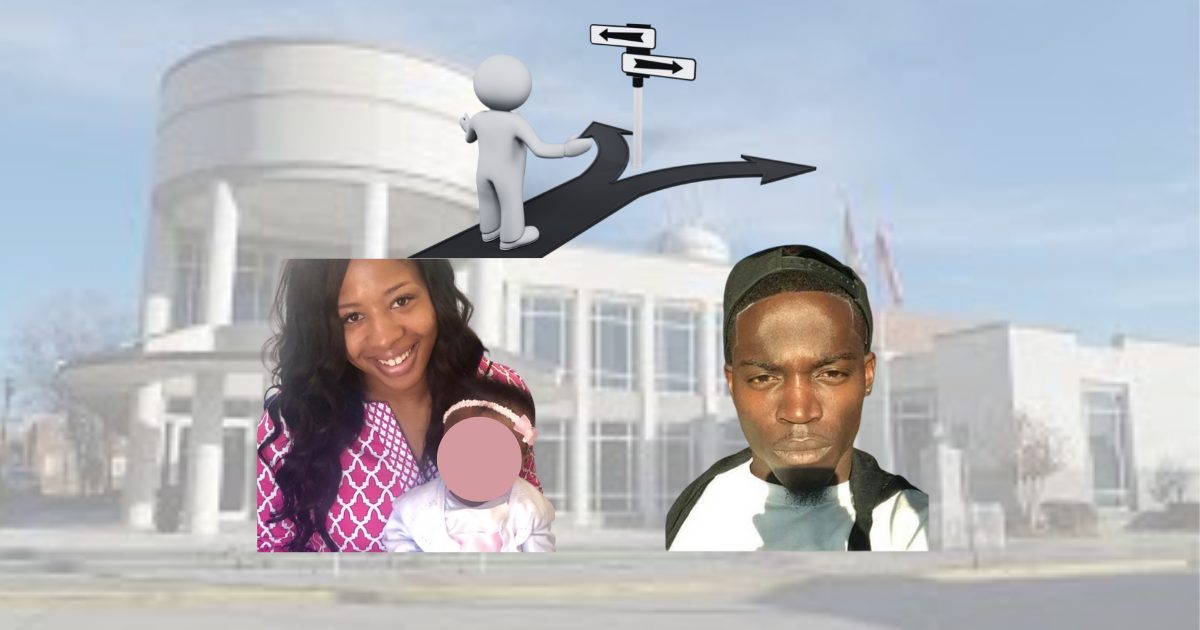 After four days of service which included two and a half days of presentation and five hours of deliberation, the jury in the case of Ashlyn Griffin reached a verdict..

Jurors had halted deliberations Wednesday after four hours due to a lack of progress and resumed again Thursday morning.

Police and prosecutors argued that Griffin was the aggressor and she committed the felonious act of Aggravated Assault when she shot McCray. McCray’s death subsequently made Griffin guilty of Felony Murder.

But the defense argued otherwise, saying, as it has from Day 1, that Griffin acted in self defense. McCray assaulted Griffin on a number of occasions and, in one instance, was sent to prison by District Attorney Daphne Totten. The day Griffin shot McCray, they said, was just as all the others that had come before and Griffin feared for her life.

Over the course of the three-day trial, jurors heard from Statesboro Police Detectives, a Crime Scene Analyst, the medical examiner from the GBI, two toxicologists, and McCray’s sisters. The defense offered testimony from three of Griffin’s neighbors, a frantic 911 call made by Griffin, and testimony from the detective who investigated McCray’s 2018 assault on Griffin. Tuesday afternoon, Griffin spent three hours on the stand under direct and cross examination.

Jurors began deliberations on Wednesday, submitted questions to the court, and reexamined exhibits from the trial for just shy of four hours. That processed paused for the day just before 5:00 p.m. after the jury foreperson announced ‘a lack of progress.’

Jurors returned to the courthouse at 9:00 a.m Thursday to deliberate further.

9:40 a.m – Jurors sent a note with an additional question.

9:48 a.m – Judge F. Gates Peed returned to the bench to read the question.  “Please provide a written response. Is it legally possible to find her ‘not guilty’ of any murder charges and guilty of aggravated assault?”

With the consent of the state and the defense, Peed told the jury “You may find whatever you want to as to each charge.”

Peed then told the courtroom, “To say otherwise would be suggestive and improper.”
Defense attorney Mitchell Warnock: “it would be an inconsistent verdict, so I don’t know about that.”
Peed: “There’s nothing that says it has to be consistent.”

10:02 a.m: Jurors knocsk to announce that a unanimous verdict had been reached.

Aggravated Assault is a felony which carries a sentence of one to twenty years in prison.
Possession of a Firearm During Commission of a Felony is also a felony with a one to five year to sentence. The law says it is to be served consecutively.

ADA Black asked to poll the jury and all twelve confirmed that the verdict was as they discussed in the jury room and the decision was made freely and voluntarily.

Following their excusal, Warnock requested a sentencing hearing at a later date. He also asked the court to issue a directed verdict because the jury findings were inconsistent.

Black replied that the verdict is “legally sound” and asked that it remain intact.

Warnock then asked that Griffin remain free on bond until the sentencing. Citing no statute or caselaw, Black replied that the state opposed such a move and that it’s “not legally possible” for Griffin to not be taken into custody immediately.

Judge Peed said he understood the opposition but was going to grant a bond.

Other stories on this case

Prosecution of violent criminal street gang sends more than a dozen to prison, with others awaiting sentencing