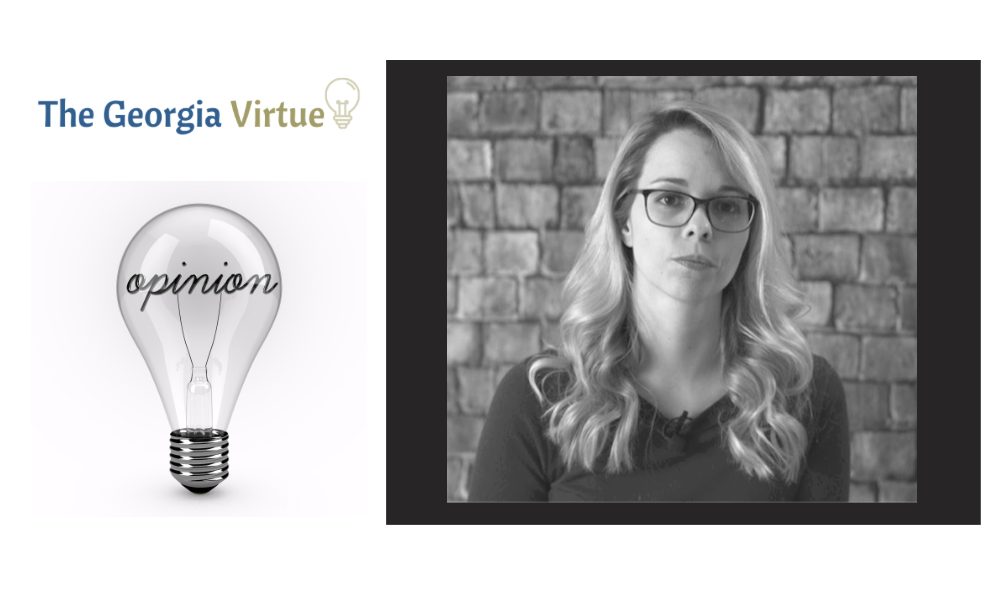 On Thursday, the jury in the Ashlyn Griffin case returned a split verdict. I’m forever different after seeing the consequences of surviving domestic abuse.

Over the last year in particular, I’ve highlighted a number of cases in which a party was wronged by ‘the system.’ Other times, the process was egregiously flawed. Irrespective of innocence or guilt, peace has followed because of a just result – even if delayed. Given the chance to participate, the public has righted the wrong.

To date, I’ve chalked up much of what occurs in courtrooms to ‘people just doing their jobs’ and prosecutors who enjoy winning, perhaps a little bit too much. It’s a lousy excuse, but it deters the dominating thought that the system is run by terrible people who don’t care about circumstances.

Today, I’m not sure how I can ever reach that baseline again.

I’m not a defense attorney forced to work with these people for the rest of my career so it isn’t incumbent upon me to suck it up and make small talk. I’m not a prosecutor who assigns numbers to case files and gauges success by conviction rates. I’m a writer whose job is to learn as much as I can about the parties involved by going ‘beyond the story.’ I then have to share that information honestly and objectively, but also descriptively, so readers know exactly what happened.

The Ashlyn Griffin story, though, has challenged my confidence in my own understanding. Why? Because it is impossible to reconcile what I saw and heard in open court with the end result. Do I not understand? Have I heard something incorrectly? How does a woman once labeled a domestic violence victim end up as the defendant in a felony murder case? More importantly, how does the aggressor in a violent assault on a pregnant female in 2018 become the default victim?

Beyond that, very little has been said about what in Ashlyn Griffin’s story prompted a same-day arrest on murder charges? The investigation was far from complete and anyone with more than five minutes of experience knows about the brain’s recall of traumatic events. It’s why experts discourage cops from immediately talking about an officer-involved shooting. Plus, it was once common knowledge that in events of high adrenaline, some things could not ever be recalled.

But look at the June 2020 press release from SPD:

It’s difficult to comprehend the obsession with one shot being justified and another not. Ashlyn’s next door neighbor testified that he heard two loud bangs approximately three to five seconds apart. That is not much time. More importantly, I can’t fathom, in the heat of the moment, having to evaluate how many seconds passed and whether or not everyone else will think that’s too many. It’s almost as if that’s’ why ‘time’ is not a component in Georgia’’s self-defense statute.

The dangerous precedent set here is that a person has three seconds to defend their life. Anything after that requires proof that it isn’t murder.

What no one from the state articulated is how many slugs, slaps, lunges, or attempts to strangle have to be made before it is okay to defend yourself. Specifically, how much time can pass between each advance by the aggressor and defense still be justified? Must every slug be two seconds or less apart? These are questions for which I’m sure current and future victims of domestic abuse wish to have answers.

As the jury heard the long list of standards and thresholds the state had to meet for a ‘guilty’ verdict, I wondered why the same elements were not provided to investigators. It’s true that the standard for arrest and for conviction are grossly different, but what’s the point of making an arrest if there isn’t an end goal to see it all across the finish line?

At this point, I’m wondering if we are supposed to congratulate the detective on her first murder case? Ashlyn Griffin was arrested for ‘murder’ and the only convictions they secured were for offenses added later on. Is that a win? And, if so, for whom?

Obviously the jury believed she was justified in killing her boyfriend because they acquitted her of all the homicide charges. And still, this presses on.

I have tried to rationalize why the case bothers me so much. Ashlyn Griffin is a stranger to me. Her legal team was unknown to me prior to my reporting on the case. Most of the people following her story have never laid eyes on her and there’s a reason that doesn’t matter.

Ashlyn Griffin is unique, but her story is not. She is everyone and she is all of us. For some, she is the mother or sister or perhaps the friend we’ve seen in a similar situation. For others, her story may be a mirror. After all, nearly one in four women become victims of an assault by an intimate partner at some time in their life.

But whether it’s a microscope, a magnifying glass, or a mirror, her story shows the consequences of surviving domestic abuse.

Attorney’s fees, social costs, her employment situation thanks to ankle monitor restrictions, the court of public opinion…and knowing that one day she will have to tell her children that she killed their father. The price she has paid so far is astronomical.

But Ashlyn Griffin’s two young daughters have a mother today because she made the decision to defend her life on June 5, 2020. It’s possible that, had she not, Brandon McCray would have stopped after roughing her up just ‘a little bit.’ It’s possible. However, it’s nearly guaranteed that another assault would follow and the same fork in the road would be before Griffin.

Since we’re on the topic of costs: ADA Barclay Black and District Attorney Daphne Totten make a combined $200,0000+ each year. How much do we have to pay them to not use the judicial system to further victimize people?

Black had no qualms about victim shaming Griffin for returning to the cycle of abuse and not reporting other incidents. He appeared confident in suggesting that Griffin was the aggressor and suggested her use of profanities toward McCray made her somewhat responsible. He asked her if she agreed she helped McCray violate his probation when she allowed him to be around her and their child upon his release. He asked her nearly everything except whether or not she feared for her life.

Police should not have arrested Ashlyn Griffin. It was wrong for her to spend 25 days in jail. The District Attorney’s Office should have avoided grand jury presentment. Griffin should have been granted immunity and avoided a trial. A jury should have delivered Not Guilty verdicts across the board.

But they didn’t and now we wait to see how she is punished.

I acknowledge my cynicism and I’m tough to convince. There is no testimony that I have ever witnessed that I believe more than that of Ashlyn Griffin. I’ll go to my grave believing that she made the right decision.

The saying supposedly goes, “I’d rather be judged by twelve than carried by six.” And that may be true…in some places. Here, a juror said the verdict was a result of “wanting to send a message.”

What a message that has indeed been sent. What a precedent for the books.

And Lest we never forget that District Attorney Daphne Totten and her team of gophers prosecuted a domestic violence victim who shot and killed her abuser.

There is a legal defense fund for Ashlyn Griffin on GoFundMe. I would suspect she needs help now more than ever and I would imagine any amount helps.

*If you or someone you know needs assistance in leaving a domestic violence situation, there are resources available which are not intertwined with law enforcement or prosecutors. You may contact the National Domestic Violence Hotline at 1-800-799-7233 (SAFE) for more information.

**This article is an opinion piece and represents the views of only the author and not those of TheGeorgiaVirtue.

OTHER ARTICLES ON THIS CASE