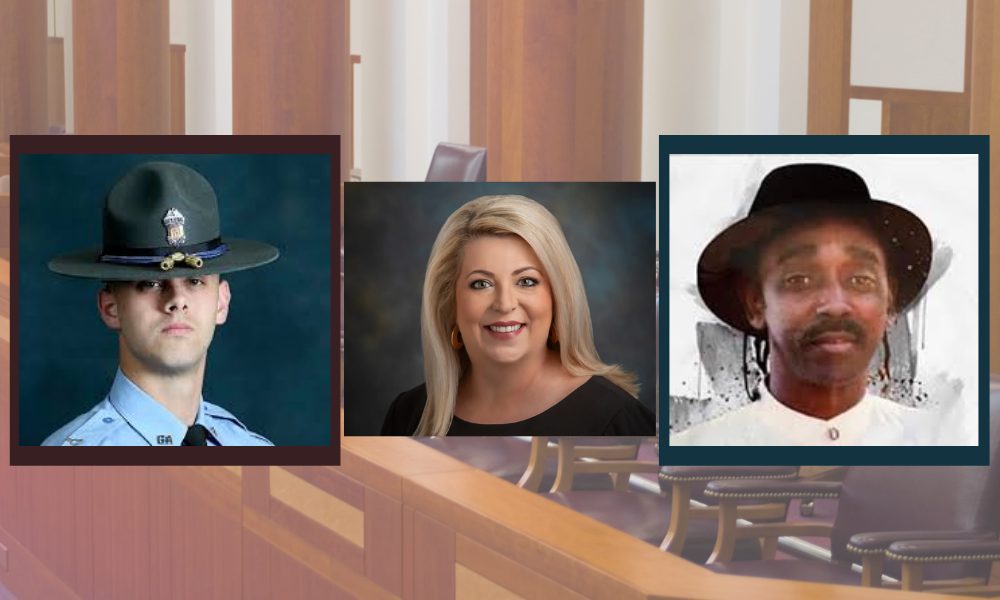 A cajoling piece on the efficiency and systematic operations of the Ogeechee Judicial Circuit amid the pandemic has returned attention to the grand jury process in Screven County, an apparent outlier in the four-county region thanks to politics and puffery.

The article featured on the front page of the local newspaper highlights praise from OJC District Attorney Daphne J. Totten, who used the article to emphasize the importance of keeping the court process moving.  Totten told the outlet, ‘Overall our circuit has done a good job…,” but a review of the court documents suggests that Screven County’s grand jury day offered no preference or prioritization for cases on January 11.

PUBLIC COMMENTS TO THE MEDIA

In the article subtitled DA: Courts making some progress despite lingering halt on jury trials, Totten told the Statesboro Herald, “The fact that we have been allowed to resume grand juries has allowed us to deal with, I would say, much of the backlog.” Referring to the Ogeechee Judicial Circuit as a whole, Totten also said, “Our first grand jury sessions in each of the four counties focused on jail cases because our goal was to present the cases on defendants who were being held in jail without bond first.”

The statement to the paper echoes Totten’s claims made in emails to the defense team of former GSP Trooper Jacob Thompson, whose grand jury case was abruptly canceled at 4:59 p.m. the business day before it was slated to be presented.

But a full review of cases ultimately presented to the grand jury in Screven County shows no such prioritization for jail cases or by offense date, nor a consideration for pandemic-driven limits on unnecessarily incarcerating individuals. In fact, only 30% of the cases presented to the Screven County grand jury involved individuals in the jail and while a high profile case sat on the back burner, individuals charged with littering, obstruction, and drug possession took precedence.

The Georgia Virtue evaluated each of the case files in the Screven County Clerk of Court’s Office for defendants who were accused or indicted since January 1, 2021. Indicted cases were then cross-referenced against a Screven County Jail inmate log, which was attached as an exhibit and filed with Thompson defense team’s emergency motion on January 11, 2021.

The district attorney’s office also told The Herald that Screven County had three pending homicide cases, arguably among the most serious of offenses, though none were on the list for a grand jury last month.

Below is a chart compiled by The Georgia Virtue which shows the case number, whether or not the defendant was granted bond (and when), the charges, and the offense date.

Totten told the Herald that “we wanted to focus on getting our jail cases indicted because that allows arraignment to take place. Until a case is indicted, sometimes we’re in a holding pattern.” That holding pattern, however, is not exclusive to jail cases.

The DA’s office first notified Thompson of the date and time of the grand jury proceedings on December 18, 2020. Under Georgia law, law enforcement officers are afforded the right to testify before a grand jury so long as they notify the DA’s office prior to the impaneling of the grand jury. Thompson’s defense team sent notice on Friday, January 8, 2021 at 2:35 p.m. to inform prosecutors that Thompson intended to testify before the grand jury scheduled for Monday, but that prompted a cancelation notice from Totten. The reversal led defense attorneys to contend that Totten was ‘grand jury shopping.’

The Georgia Virtue reported on January 12 that lawyers for Thompson unsuccessfully filed an emergency motion in hopes that a superior court judge would compel the district attorney’s office to present the case before the grand jury as planned. Totten argued in an emergency hearing that the DA’s office was not prepared to present the case and she was not sure when it would be. “Quite frankly, it depends on how the evidence develops. Quite frankly,” she said.

Aside from the seemingly overstated politicization of the case, it is unclear as to why one of the most highly publicized incidents in Screven County’s recent history continues to stall. GBI case agent Dustin Peak testified on September 28, 2020 that the investigation was complete with the exception of the video enhancement.

Thompson’s case lingers as a similar case in DeKalb County came to a close earlier this month after DA Sherry Boston determined a GSP trooper in a strikingly similar incident was justified in using deadly force.

In her capacity as Acting District Attorney last fall, Totten was instrumental in the GBI’s decision to arrest Thompson a week after the incident occurred, according to GBI testimony in court. The GBI charged Thompson with felony murder and aggravated assault in the shooting death of Julian Lewis, a motorist Thompson attempted to stop in Screven County on the evening of August 7, 2020. A pursuit ensued when Lewis fled, leading Thompson to perform a PIT maneuver to end the chase, but when the vehicles came to a stop and Thompson exited his patrol car, he says he heard the engine revving, and believed Lewis was going to use his vehicle to harm him. Thompson fired one shot, striking Lewis in the head.

The GBI has contended that the use of force was not justified because Lewis’ car was disabled and off when agents arrived on the scene approximately two hours after the shooting. The agency arrested him August 14, 2020 – seven days after the incident.

Thompson spent an unusual 108 days behind bars as his attorneys made three attempts for bond – in August, September, and November – before Chief Superior Court Judge F. Gates Peed ordered bond.