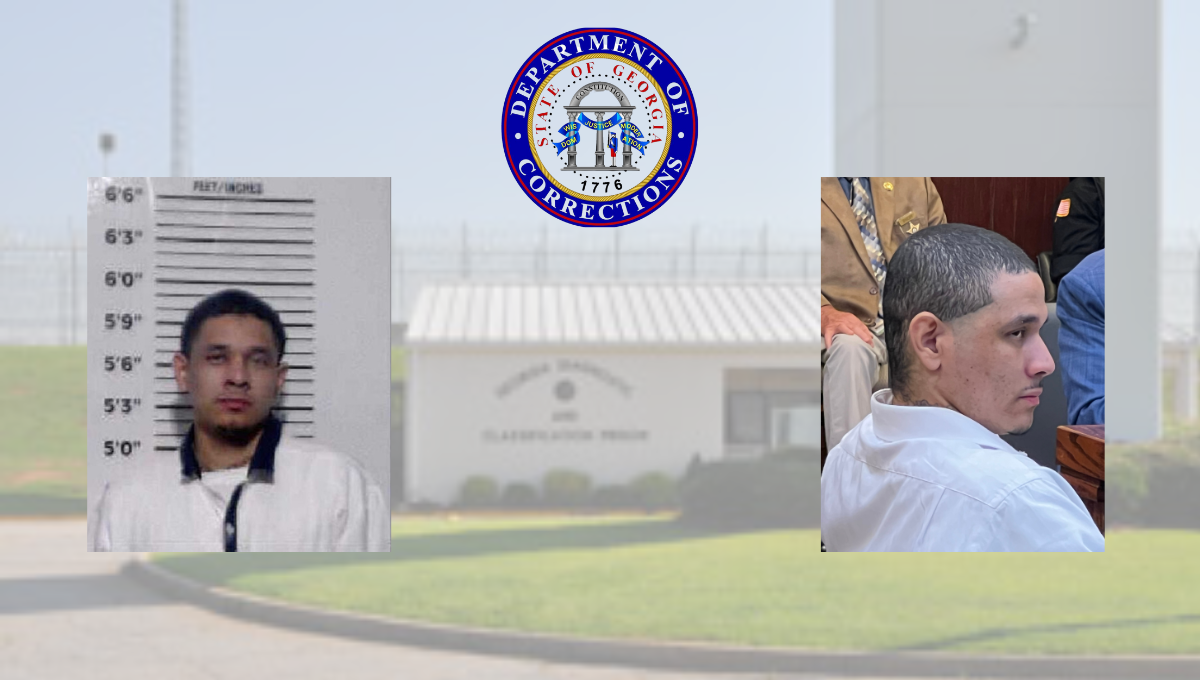 A corrections officer who worked in what is touted as one of the most secure and stringent GDC facilities in the state is facing charges for helping an inmate move money on CashApp.

Sharie Shonta Clark was fired from the Georgia Department of Corrections after it was discovered that she traded with inmates and allegedly violated her oath of office. Clark worked as a Lieutenant in GDC’s Special Management Unit (SMU) at Georgia Diagnostic & Classification Prison in Jackson, a facility touted as one of the most secure and stringent in the state.

The inmate Clark allegedly assisted is one being held in the maximum security SMU for his alleged role in a murder-for-hire plot in Tattnall County that originated our of Smith State Prison. In that case, Nathan Weekes and three others reportedly orchestrated a hit on a contraband-aggressive corrections officer, but executed the hit on the wrong house. This resulted in the murder of 88-year-old Bobby Kicklighter as he slept in his Glennville home.

Court records and proceedings have since revealed that Weekes was part of a multimillion dollar contraband ring which moved designer clothing, diamonds, jewelry, drugs, and cash, among other things, into Smith State Prison.

After the Georgia Bureau of Investigation became aware of the scheme, Weekes was moved to SMU in Jackson in what was supposed to be an effort to isolate Weekes from co-conspirators and facilities which could help the criminal enterprise continue.

But that has not been the case.

GDC Special Management Unit in Jackson is Not So Secure

According to a grand jury indictment in Butts County, in the months of June and July 2021, Clark agreed to transfer money on a cash app in exchange for payment for Weekes while he has been housed in the Special Management Unit. The specific amount is not listed in the indictment, but warrants taken out by the GDC Criminal Investigations Division state Clark moved roughly $30,000 to different individuals for Weekes.

The warrants also say Clark admitted to receiving $2,000 in exchange for moving the money for Weekes.

The indictment references the now-former corrections officer and Weekes by name in chagrin Clark with two felonies – Trading with Inmates and Violation of Oath by a Public Officer. She was arrested in August 2021 and released on a $20,000 bond.

Other Issues in Special Management Unit in Jackson

The Atlanta Journal Constitution reported in October that an inmate at the Special Management Unit in Jackson, Arthur Lee Cofield Jr., managed to steal $11 million from a billionaire while housed in SMU, according to court documents.

Additionally, Shemeeka Antoinette Calloway, once a nurse in SMU, was charged in August 2022 for crossing guard line with weapons and drugs without the consent of the warden and tampering with evidence. She was also charged with obstructing law enforcement after she gave chase to investigators inquiring about her behavior, the Jackson-Progress reported in September.
According to the Georgia Department of Corrections job posting for correctional officers at the Special Management Unit, the starting salary is $20.11 per hour, with a salary increase after 6 months and a promotion and another increase at the 12 month mark. Benefits include 13 paid holidays per year, medical, dental, vision and life insurance, plus 401K and 457 benefit plans.

READ MORE ABOUT THE CASE FROM THE BEGINNING:

READ ABOUT ISSUE WITH GDC FACILITIES IN TATTNALL COUNTY: